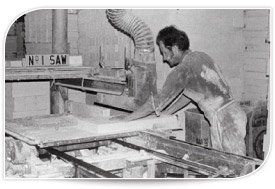 With mesothelioma being the second-highest cause of deaths in the world, asbestos research into cures for this cancer is extremely important. Western Australian resident, Professor Bruce Robinson, is one of the many people leading the cause and 2014 saw him named WA’s Australian of the Year for his work.

Professor Robinson, 63, is the head of a large research team at the University of Western Australia’s School of Medicine and Pharmacology which is studying cancer immunology and asbestos diseases. The team have been responsible for many world-first breakthroughs, including the first blood test for mesothelioma.

Apart from his role as professor, Robinson also works as the Scientific Director of the National Centre for Asbestos Related Diseases as well as a respiratory physician at Sir Charles Gairdner Hospital. He also teaches students at the university.

Recognised internationally for his work, he has published over 160 scientific papers and three books. He has significantly helped in the progress of asbestos treatments, publishing the world’s first blood test for the diagnosis, the monitoring and early detection of mesothelioma, conducting the first cancer immuno-gene therapy trial using vaccinia-cytokine vectors and initiating seven other world-first tumour therapies.

His work in the field has won him many accolades, including the Wagner Medal, the Gordon Ada Invited Lecture and the Premier’s Science Award, all in 2004, the Eric G Saint Award in 1996 and the Thoracic Society in 1986. He also initiated the highly successful Breaking Bad News course to help doctors with difficult conversations.

Robinson is an important part of the fight against asbestos. Support and professional services are also important to achieving results. The Asbestosis and Mesothelioma Association of Australia (AMAA) is one such organisation working with researchers and affected families to help get through a difficult time and find a solution for all. For more information, get in touch with AMAA.