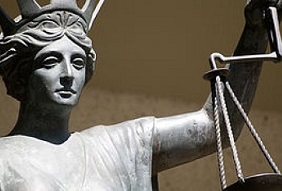 Serial asbestos dumper has been charged

Hanna pleaded guilty to the charges made against him after being found on CCTV showing him forcing his way through a fence around a vacant block of land and dumping eight piles of building waste, including fragments of chrysotile and amosite asbestos. Each pile was about 10 tonnes in size. That same afternoon Hannah dumped another 10 tonne pile of waste at a small public reserve owned by Bankstown City Council.

At the end of September, judgment was handed down in the Land and Environment Court for Hanna’s alleged crimes. After accruing hundreds of thousands of dollars in fines over many years and more than 29 penalty notices issued, as well as at least 11 court appearances, Hanna was given a new fine on top of his outstanding debts, being ordered to pay $300 a month until June 2072. This most recent fine, totalling $225,000, is said to be one of the highest handed down in Australia.

Asbestos is a serious issue and cutting corners is not the right way to handle this dangerous substance. Consequences are serious both for the dumper and the people around them. Get professional help instead. If asbestos has affected you in some way, talk to AMAA today.