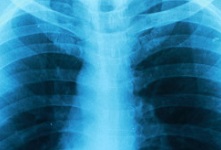 In our previous story, 20 cases of mesothelioma had been found in the Gaythorne and Newstead regions, just 1.5km from former James Hardie sites. In order to investigate the possible causes and if there is any current danger from asbestos present, Premier Campbell Newman has set up a top-level taskforce to look into any links between the deaths and illnesses.

Community concern arose recently when the multiple cases were uncovered and further independent testing found asbestos dust in the roofs of five out of six homes, as well as pieces of asbestos dumped in a nearby creek. Residents in Gaythorne recalled homes in the area were often coated in powdery dust from the local asbestos plants.

The taskforce is expected to co-ordinate resources from different government departments and outside organisations that may need to be involved. As the information about the cancer cases was found from a selection of those living in the area at the time and does not encompass a broader spectrum of people, the taskforce’s main goal is to get more information and more accurate data. With the two asbestos factories operating for almost half a century, their analysis is needed to trace patients who have moved in and out of the region in the past few decades.

Mesothelioma is a serious disease with serious consequences. Although asbestos has been banned for many years, it is still affecting suburbs across Australia, including Gaythorne and Newstead. It is important to be educated and find support if you are affected. The Asbestosis and Mesothelioma Association of Australia (AMAA) is one such place. Contact us today if you need assistance.