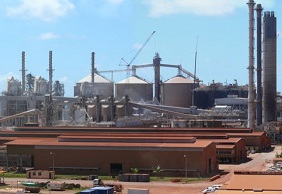 Mr Zorco Zabic worked at the Gove Aluminium Refinery in the Northern Territory in the 1970’s and was exposed to asbestos dust and fibre from lagged pipes. He was diagnosed as suffering from malignant mesothelioma in early 2014.

At first instance, the Supreme Court Trial Judge held that Mr Zabic developed mesothelioma as a result of his exposure to asbestos at the Gove Aluminium Refinery, which is now owned by mining giant, Rio Tinto.

However, the Trial Judge ruled against Mr Zabic on the basis that his case was caught by the Workers’ Rehabilitation & Compensation Act 1986 (NT) (“the NT Act”), which prevented him from bringing a court action for his injury. Essentially, the NT Act abolished all court based damages for workers in respect of injuries that occurred after the NT Act was introduced on 1 January 1987.

Mr Zabic appealed the Trial Judge’s decision and was successful in having the Court of Appeal overturn that ruling.

The critical issue to be determined by the Court of Appeal was when the cause of action arose. In particular, whether the compensable damage occurred shortly after inhalation of asbestos fibres which lead to the development of mesothelial cells, or whether the cause of action only arose when the tumour was complete, when symptoms first presented themselves or when the diagnosis was made.

The Court of Appeal held as follows:-

The decision means that anyone who develops mesothelioma from employment based asbestos exposure in the Northern Territory can now access court based damages.

The decision also endorses the long held approach in Queensland to the determination of work related mesothelioma claims.