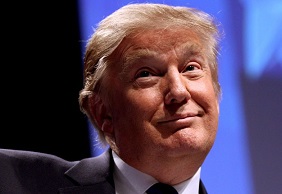 Linda Reinstein, ADAO President, has published a damning article criticising GOP Nominee Donald Trump for his outdated stand on asbestos being safe. It is alarming that Mr Trump holds these views particularly as a potential future President of the United States of America. There is a huge body of people who may rely on Mr Trump’s comments as being the truth thereby endangering their lives and those around them.

The article is a stark reminder of the important work being undertaken by organisations (like AMAA) and individuals (such as Linda or indeed Australia’s Lou Williams) to promote asbestos safety and awareness. We must remain vigilant, focussed and united in our stand against asbestos mismanagement.

To read the full article written by Linda published in the Huffington Post, visit the link: