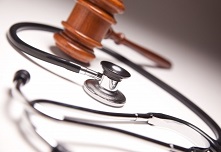 The damage of asbestos reaches far and wide for Australians. Thankfully, many people are now also getting the help they deserve to compensate for the damage. One Queensland woman who lost her husband to mesothelioma – a disease caused by asbestos – 19 years ago when he was just 44 years old, is now being awarded compensation for the damage asbestos did to her family.

Ipswich woman Karen Hall shared a life with her husband Greg who worked in the automotive spare parts industry. With three kids to care for, Mr Hall was the main breadwinner until he became ill in 1994. Starting his career as a junior, he had to dust out bins with products containing the substance, as well as working right next to the spare parts room, where many items containing asbestos were housed.

Although Ms Hall was advised to go for civil action, she felt she couldn’t until many years later when she began volunteering with the Asbestos Diseases Society. Martin Rogalski from Turner Freeman Lawyers said the three year limitation period for asbestos disease sufferers was abolished by government legislation in July 2010 and Ms Hall’s case was lodged one year later.

After a few roadblocks and an appeal, it was agreed three-nil to overturn the previous decision and allow Ms Hall to get the compensation she deserved. This turn of events has given hope to others who may have been barred in the past but could still be eligible for compensation.

For more information about compensation regarding asbestos affected families get in touch with the Asbestosis and Mesothelioma Association of Australia (AMAA). The Queensland-based group was set up to inform and help those who have been affected by asbestos, directly or indirectly. You can call 1800 017 758 to discuss your situation and get the support and assistance you deserve.