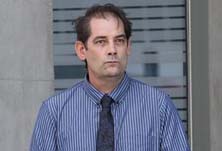 Damien Prokop, a 43-year old Gold Coast father will successfully settle a multi-million dollar law suit with his employer, Gold Coast City Council after contracting Mesothelioma, a deadly asbestos-related cancer. He has been given about 12 months to live after being diagnosed with this deadly cancer.

He sued Gold Coast City Council for negligence after failing to provide him with adequate safety equipment like dust extractors or protective equipment such as masks during his time with his employer. Damien says he still remembers the dust and grit in his mouth and up his nose demolishing numerous sheds and toilet blocks around the Gold Coast area.

On the eve of his trial the case was adjourned for settlement negotiations. Whilst the details of his settlement are confidential, his lawyers have argued for $1 million dollars for disregarding the safety requirements around handling and working with asbestos which was well-known to the Council at the time. In addition, his legal team have also argued for $500,000 compensation damages.

Until his mesothelioma diagnosis, Damien was a fit, healthy and active person. He originally made an appointment with his GP for a hoarse throat in September last year. When his found out about his diagnosis he was devastated. “My whole worlds came crashing down” said Mr Prokop. He also has a young daughter that he will leave behind.

There are strict and stringent laws covering safety working with and around asbestos. These laws have come into effect many years before he started his work with the Gold Coast City Council demonstrating that the council have showed “flagrant disregards” for his safety.

More information or details about this case, please contact Nic on 1800 017 758 or via the AMAA online enquiry form.