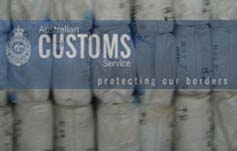 Importing products is nothing new in Australia. However, importing asbestos containing products is another matter entirely. With the banning of asbestos nearly 30 years ago, the presence of this material has been a big issue for Australians, with many older structures still containing the deadly substance. While it is illegal to bring in new asbestos materials, it has been found that large shipments of products using the substance are still slipping through.

While the manufacture of asbestos has been banned in Australia for decades, it is still commonly used in many countries including China, Russia and Brazil. As a cheap product, it is a popular choice in these countries for industries such as building, which are then exported around the globe, including to Australia.

The imported train engines are just another on the list of asbestos products that have passed through customs, with the recall of close to 25,000 China-made Great Wall and Chery vehicles with asbestos gaskets in 2012.

Officials are urging customs workers to drop the lax attitude and improve the inspection process to ensure this does not happen again. For those caught trying to bring asbestos products into Australia, they can face fines of up to $850,000.

Asbestos is a serious issue and we all need to help. If you or someone you know is affected by asbestos, you can get more information and support by contacting the Asbestosis and Mesothelioma Association of Australia on 1800 017 758. Together, we can get through this hard time.