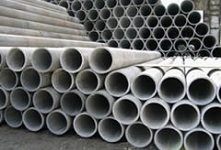 Asbestos Safety and Eradication Agency could be removed

With the announcement of the new budget, a lot of cuts in funding have upset Australian residents. One area this has affected is the asbestos support community. The Asbestos Safety and Eradication Agency, which was established just last year, was predicted to be abolished in this year’s budget. With a $12 million budget over four years and an additional $3 million to deliver the National Strategic Plan on Asbestos, the organisation was set to change the way we combat asbestos and asbestos related diseases.

Although many are unaware of it, asbestos has a significant effect on the Australian landscape. Once used on the worksite as an insulator and fire retardant, it was in thousands of homes and structures across the country. However, in the 1980s it was found that asbestos was also the cause of a number of serious diseases, such as asbestosis and lung cancer. Although it was banned, many building still contain the material. Now, an estimated 40,000 people are expected to die in coming years from asbestos-related diseases.

It was recommended in May by the national commission of audit that the only federal body addressing asbestos management and safety be abolished as a cost-saving measure. The head of the Abestos Safety and Eradication Agency, Peter Tighe, said he was shocked by the announcement and was not contacted to discuss their work before the decision was made.

Now that the budget has been officially announced, it has been found that the agency will not be abolished and that the government has instead chosen to maintain the agency’s presence. This is great news for the work and support the agency gives to many Australians every day.

To find out more about how the budget affects asbestos support groups or to get support if you have been affected by asbestos, call the Asbestosis and Mesothelioma Association of Australia on 1800 017 758 today.