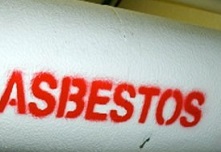 Cancer is a serious and real consequence many exposed to asbestos face, often decades after contact. For 20 Brisbane men and women living in the city’s fringe suburbs, it has been a difficult reality. Queensland Health has confirmed a number of cases across Brisbane of people developing cancer due to their close proximity to several factories, resulting in exposure and sadly, the onset of mesothelioma.

Eight men who lived just 1.5km from an old asbestos factory in Gaythorne have contracted mesothelioma since 1982 and a further 12 cases – 10 men and two women – have also developed the disease after living within 1.5km of a second former asbestos factory in Doggett Street at Newstead. The two factories were both operated by James Hardie, a company known for their use of asbestos in the past.

There is still a risk

While there is still a risk that the closed factories could lead to asbestos exposure, experts say this risk is very low. With both sites closed for more than two decades and most traces of asbestos removed from the area, the most risk would have been while the factories were still in operation. Experts say it is important to be aware that asbestos related diseases have a 30 to 40 year latency period and this is why many cases are now arising. It has also been said that many factors could contribute to those who have the disease and more cross-checking needs to be done.

In order to find the source of the problem and find ways to overcome asbestos related diseases, three Queensland government departments– Environment, Health and Occupational Health and Safety with the Attorney-General’s department – and the Brisbane City Council have been drawn into a multi-agency investigation. This includes inspections of dump sites, discussions with James Hardie and former staff and testing of asbestos and the sites.

Get in touch with AMAA

With cases arising every year, it is important to know the risks of asbestos and stay informed of risk areas. One group that offers support and information is the Asbestosis and Mesothelioma Association of Australia. Get in touch to answer any of your questions today.