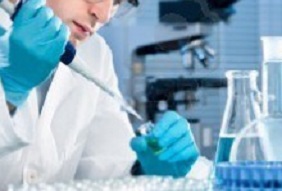 ‘Ray of hope’ for sufferers of asbestos disease mesothelioma

There is a ‘Ray of hope’ for sufferers of asbestos disease mesothelioma after a new treatment discovery researchers say. The Asbestos Diseases Research Institute in Sydney has published the results of laboratory testing of a novel genetic treatment in the international Journal Oncology.

The treatment uses bacterial mini cells which have no genetic information to carry messenger cells, or micro RNA, into mesothelioma tumours.

The mini cells are protected with a coating of anti-bodies that protect them on the way to the target.

Scientists say it appears to be halting the growth of cancer in animals.

“Over the course of the experiment, which was about a month in duration, we found that the tumours didn’t increase in size at all,” said senior researcher Doctor Glen Reid.

Dr Reid says low levels of micro RNAs in mesothelioma cells could be contributing to the rapid growth of the cancer.

“We find that the growth of the tumours is strongly repressed,” he said.

“So this is quite an exciting discovery, that micro RNA’s themselves can inhibit the growth of a tumour in an animal.”

People diagnosed with mesothelioma are given an average life expectancy of one year, and current treatments only extend that to 15 months.

The Institute says mesothelioma has killed more than 10,000 Australians since the early 1980s and another 25,000 are expected to die over the next four decades.

Initially, they will look at the action of the treatment in the body before looking at safety and dosage.

“There is small ray of hope with this study in tissue culture in the lab and in an experimental model,” he said.

“There is no reason to think that the same thing won’t be effective in tumour cells in a patient.”