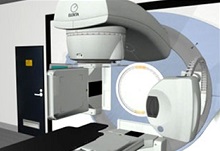 A study run over four years by an American team of doctors has found a new approach to mesothelioma treatments. After assessing the Surgery for Mesothelioma After Radiation Therapy (SMART) technique, the study found treating the disease with radiation prior to surgery can more than double a patient’s three-year survival rate, changing the way the disease could be treated in the future.

Mesothelioma is a disease caused by asbestos, a once widely used substance for construction and other industrial applications. As the disease does not show up until many years after contraction, it can be a difficult problem to diagnose and treat.

The research conducted by the team, made up of Dr John Cho and Dr Marc de Perrot, comprised of 25 patients from the Princess Margaret Cancer Centre in Toronto. Through these patients, it was found that after using the SMART technique, all had a remarkable three-year survival rate of 72%. Comparatively, individuals who were not treated with radiation prior to surgery have a 32% three-year survival rate. The patients had shorter treatment periods, fewer complications and speedier recoveries.

The SMART technique involves of a five-day course of intensity-modulated radiation therapy (IMRT). This is a specialised technique that uses radiation on the body without affecting the spine, heart and other healthy tissues. Surgery must be done the following week as the radiation toxicity can make the lungs very sensitive.

Such research gives hope to those suffering from mesothelioma, as well as their family and friends. With so many of those diagnosed being told they have less than a year to live, this could revolutionise treatment and increase survival rates, making it an important step forward.

AMAA is here to provide you support

For more information about new treatments or how to get support for you regarding asbestos related diseases in Australia, get in touch with the Asbestosis and Mesothelioma Association of Australia on 1800 017 758 today.