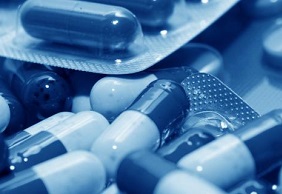 The development of an exciting but expensive drug that fights the aggressive terminal lung cancer caused by asbestos exposure, mesothelioma, has raised legal questions about who should pay the treatment costs.

Keytruda developed to treat melanoma, has shown promising results in an initial human trial, slowing cancer growth and even shrinking tumours in people who have had unsuccessful chemotherapy.

The drug works on the immune system, allowing the body’s own defences to destroy the cancer.

In a US trial of the drug on mesothelioma sufferers whose tumours kept growing despite receiving standard chemotherapy, 76% saw their tumours stop growing or begin to shrink.

Researchers described results as “unprecedented” and many Australian oncologists have begun offering the drug as a second line treatment for mesothelioma.

Unfortunately Keytruda is listed on the PBS only for melanoma treatment meaning mesothelioma sufferers need to pay about $3,000 a week – total of $300,000 – for 2 years to undergo the full treatment.

There are a number of ongoing legal cases where the cost of Keytruda is being claimed.

The test for whether mesothelioma sufferers who have a current common law claim can seek the cost of the treatment is whether the expense is reasonable in the circumstances of both the plaintiff and the defendant. So far defendants have challenged their liability to pay.

The answer is unlikely to be clarified until an appeal of these decisions is heard by the NSW District Court.