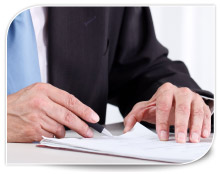 On 23 May 2013, the Queensland State Government released the outcome of its review of the Queensland Workers’ Compensation Scheme. Latent onset disease claims, and in particular claims for workers’ compensation for asbestos related disease, were considered in the review.

Those who have been employed in Queensland and have had exposure to asbestos during that employment will often have compensation entitlements through WorkCover Queensland. These claims are initiated in the same manner as other injuries that occur in the workplace. Generally, lump sum compensation will be available where there is benign asbestos disease that is causing a reduction in breathing capacity or the diagnosis is of a malignant condition such as mesothelioma or lung cancer.

Lump sum payments will depend on the extent of the reduction in breathing capacity for benign asbestos disease. Suffers of mesothelioma and lung cancer receive a statutory lump sum payment which can vary according to age.