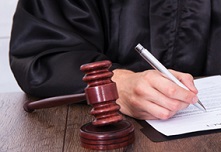 Asbestos has been a serious issue for Australians for many years, now exceeding the national road toll for annual deaths. However, despite this, many people are still unaware of asbestos dangers. A court case last month saw asbestos brought to the forefront of the news with asbestos victim Stephen Wickham taking fibre cement manufacturer, James Hardie, to court for their part in his diagnosis.

Having bought his home in 1994, Mr Wickham, like many new homeowners, carried out a number of renovations to bring the house up to scratch. This included demolishing an old corrugated fibro shed and replacing a section of fence made from the same material. As his house was made before the mid-1980s, the materials unfortunately contained asbestos. As a relatively new migrant from England, Mr Wickham did not realise he was exposing himself and his family to the deadly substance.

Almost two decades later, he was diagnosed with mesothelioma, a fatal asbestos-caused cancer. This pushed Mr Wickham to proceed with a case that argued James Hardie should have known the home renovators would be exposed to their deadly product and should have run a public awareness campaign. It was found that the company had the capacity to run the campaign, as well as the technology to go asbestos free long before the house was built. The case resulted in a settlement for a confidential amount.

This case has been a reminder for people looking to carry out home renovations on any house built before 1987 to be careful when renovating. It is vital to ensure all possible precautions are taken to avoid exposure to asbestos and get support and advice to ensure you and your family are safe.

If you are worried or have been affected like Mr Wickham, talk to AMAA to find out more.